We, the Proud, Patriotic, American Democrats.

What we stand for!

Democrats believe health care is a right, diversity is a strength, the economy should work for everyone, and facts and truth matter. 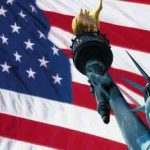 We understand that the average American voter does not think that they have the time, understanding or overwhelming desire to confront the great powers of money, lies and right wing propaganda which is destroying our society and changing it to an Oligarchy. Yet it is when good people do nothing that the powers of wealth and privilege take hold and do their best for themselves to the exclusion and suppression of the average American citizen and they always do it with fear, hatred, exclusion, racism, misogyny and bigotry. They always confuse you with sophistry by presenting half truths and fake information that appeals to your worst instincts and preconceived notions in order to get you angry enough to “stick it to the Democrats” and then EVERY time you do, America gets weaker, your life gets harder and you then get angrier and angrier and then YOU VOTE FOR THE SAME REPTILES AGAIN and wonder why NOTHING changes!

One of the definitions of insanity is to do the same thing over and over expecting a different result!

The reptiles screw up the systems of good, decent government and then point at the Democrats as the problem. And YOU, the uninformed voter, believe them!

Remember a time in your life when you bought a used car because the salesman managed to paint a picture of a wonderful, dependable vehicle only to find out later that it was a piece of junk? IF one of your friends said that you got screwed you probably reacted by getting angry with the friend for pointing that out rather than aiming your anger at YOURSELF for being so gullible or at the salesman who knowingly sold you a lemon!

Please don’t hate us for telling you the truth that you have been duped by the reptiles again! BIG TIME by a spoiled, unethical, lying, cheating, bombastic bully boy with a golden spoon shoved up his ass! You fell for it and now the country is going to have to pay for it. Thanks trumpies!

You, the American voter, MUST get off your apathy, sold to you by the right wing for years as “You can’t make a difference” and “Your vote 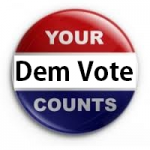 doesn’t count”. You can make a real difference when you join with us and vote ONLY Democratic in elections. That’s how we take away their power to screw up the system. Only in this way can “we the people” safeguard our rights and be protected from the wealthy who only look out only for themselves at our expense.

Join us, spend a few minutes a week with us. Turn off fox fantasy and right-wing news media. They are literally crapping in your ear with their wrich right-wing propaganda. Listen to the truth on major news media such as NBC, CBS, ABC, MSNBC or CNN. In your heart of hearts you know that we are right and that they are wrong.  Stick your pride somewhere else and Help us, Help you, Help everyone have a better life. One with greater opportunity for ourselves, our children and grandchildren and a secure retirement for everyone.

You will NEVER get that with them – ever!

This site uses Akismet to reduce spam. Learn how your comment data is processed.

Our meetings are open to all registered democrats.  Monthly meetings are held on the 1st Wednesday of each month via Zoom.  Please send an email to demclubofmoval1992@gmail.com to obtain the meeting ID and password.